Shades of Mercy: Where do you fall in Undertale’s Spectrum 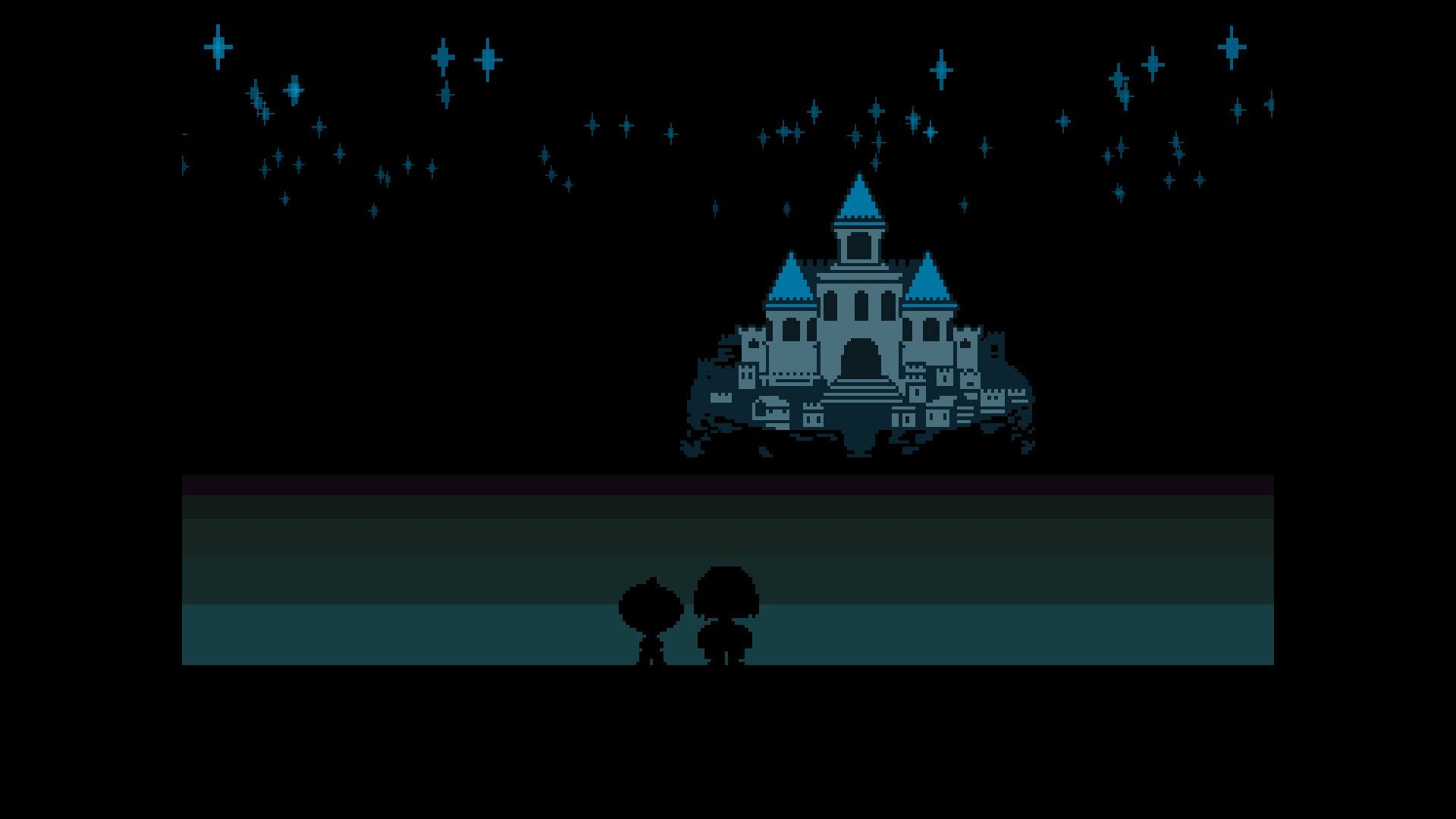 Undertale was created back in 2015 by Toby Fox, previously known for his musical works in Homestuck. His game took the internet by storm, becoming a cult classic among gamers, and the bane of “hardcore gamer’s” existence as trends soon followed by gating the gaming community from kids who entered through Undertale. It sold 530,343 copies by the end of 2015, making it one of the best selling games on Steam. Come 2018, there are about there and a half MILLION players.

Undertale is, without a doubt, one of the best indie game I’ve ever encountered because it is sincerely human. The plot of this game is simple: you are a human in a world of monsters, and you want to go home. You must decide between violence or pacifism  as your method for escape.

Despite the fact this game allows you both sides of the spectrum, and every shade in between, I firmly believe that this game wants humanity to act good, as the ending where you actually escape the Underground is only accessible if you are a true pacifist.

The theme is mercy and forgiveness, and I think it came out in a time where we’re devoid of these sentiments. Undertale promotes the idea that no one is beneath mercy, and there is no action that removes someone from the consideration of receiving mercy. The only thing that makes you unforgivable, is how you feel about your own actions.

Does Undertale live up to this message?

I can say without a doubt that Undertale doesn’t sugarcoat this narratively. A story that promotes the idea that everyone deserves and needs mercy, but only puts in front of you obvious people you should forgive, then it’s failed as a theme. Innocents are easy, but can you forgive someone who’s committed crimes against humanity? Is there a line you draw? If so, where is it?

Here are Undertale’s Shades of Mercy.

These are the average monsters that you encounter in the game. They haven’t done anything wrong. The bosses Toriel, Papyrus, and Sans also fall into this category because at their core, they don’t want to hurt you.

Toriel isn’t trying to hurt you, she’s trying to protect you. She just doesn’t want to see you hurt.

Papyrus very clearly wants to capture you, but it’s also made clear that Papyrus is inherently harmless, goofy, and can be easily made friends with. Your kindness can set him on a better path where he’s not hunting humans.

Sans is a hard case to make, but he also doesn’t want to cause you harm. Canonically he’s aware of the resettings and the timelines and he’s there to judge you, to make sure you’re on a good path. But it’s ultimately up to your interpretation if Sans genuinely cares about you or not.

As you progress, the common monsters you encounter begin acting as defenders, trying to capture you so as complete the ritual to gain freedom. Undyne and Metatton are in the next shade of mercy. These two are actively trying to capture so as to bring you to Asgore and finish the ritual.

Undyne is a very angry fish lady, and she really doesn’t have any love for you as the main character. She chases you relentlessly, boasts about the victory she’ll bring to her people. Yet even so, when she’s dehydrated you have the option to give her water. She leaves you alone if you do this, and if you are a pacifist, you can even befriend her.

Mettaton is a robot that’s programmed to kill humans but really wants to just be a star. His motives to capture you are selfish because it isn’t about freeing everyone like Undyne wants, but rather his own rise to stardom. At defeat, he’s confronted with his fans who love him, realizing that this Underground is where he’s loved and the player has the choice not to kill him here after he’s gone through personal growth.

There are no common monsters actively trying to murder you. Here is where Undertale questions your morality and this idea of mercy the most. What you believe is now being put to the test. All previous monster didn’t want to kill you (Though Undyne and Mettaton were aware you’d get killed) but in the end, they recognized that you were a good person, and perhaps your story would end differently.

Asgore and Flowey are not these people. These two really want you dead, but they also pose other questions of morality.

Asgore does not want mercy. At the start of his fight, he destroys the mercy button, which causes you to fight him. Fox confronts the player with this uncomfortable idea: what do you do when you want to forgive someone, but they don’t want your forgiveness? He’s solemn, he doesn’t want to hurt anyone but he feels cornered without a choice, and he still yet mourns his son. While he is actively trying to kill you, you can sympathize with his desire to free his people, but he doesn’t want it. It’s only when he’s on death’s door do you, despite how much damage has been dealt, get the option to forgive him anyway.

Flowy is my favorite character because of his question of mercy. Flowey does not have any redeeming qualities at this point because we don’t’ know the truth. All Flowey has ever done is hurt the player with the upmost cruelty, and he kills Asgore in his moment of weakness. Flowey is trying to prove, in a way, that humans are murderers and have no morality within them, and judges you over every choice you make, much like Sans as Flowey is also aware of the timeline. You proving him wrong upsets him, and at the  very end, you have the choice to spare Flowey.

If you spare him, he resist and ultimately says he “just can’t understand” before running away.

Choosing yes is what confuses Flowey because he doesn’t think that’s possible.

Alphys doesn’t have a category, because she’s a tough nut to crack. You don’t have an option to kill her or not, so this isn’t so much something that affects gameplay, but it’s worth mentioning that Alphys does pose a question of mercy.

Chara represents the game’s opinion of mercy. While up until this point, the game has been unbiased, allowing you to make these moral choices of mercy on your own, Chara is the representation of how the gameworld feels about mercy, and it may not line up with what you think. Chara is only achievable as a player character if you kill every monster in the Underground and at the end when you fight Sans, he gives the option to spare you as Chara, and laughs when you fall for this trick, saying that you can’t be forgiven.

But Chara is different from everyone else in one other dimension. Ultimately, everyone but Chara responds to mercy. Even those who resist it vehemently at the beginning, such as Asgore and Flowey, eventually come to accept that they’re worthy of forgiveness. Chara (you) rejects it at every turn, kill despite people begging for their lives, and at the end, there’s no way to justify anything in the genocide route because you have to go out of your way to complete this route. You can’t accidentally happenstance on it.

Undertale’s message is answered by the two final questions of mercy that comes from Flowey and Chara:

The first is up to the player, but in order to complete the pacifist route you have to spare Flowey, so the game does lean towards yes to the first question. You can forgive people who don’t deserve it, but with Chara’s question it adds the stipulation that it should be someone who feels remorse for what they’ve done. Flowey does feel bad, this being revealed in the True Ending with Asriel l Dremurr.

This alone is why Undertale has a special place in my heart, because it’s such a difficult theme to convey, and everyone interprets mercy differently, and I hope that the more people play this game, the more they share this sentiment.