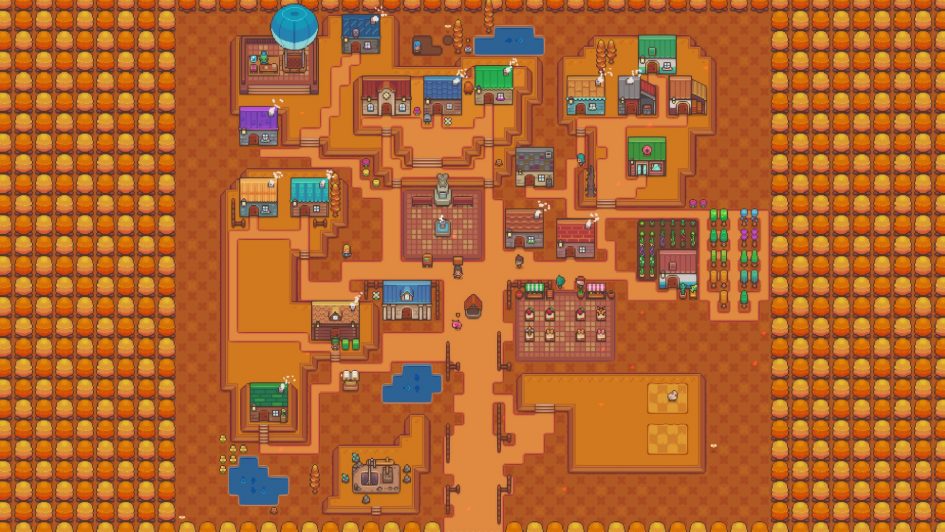 Littlewood is an independent game by Sean Young. This game is similar to that of Animal Crossing. The premise is that the world has been saved by you, but you have amnesia, and in this time of rebuild you are tasked with rebuilding a town! Along the way you meet a creative cast of characters which you can befriend and even romance, and build your city the way that you want!

While this game was originally very enticing to me, I struggled liking the game due to it’s no directions mentality. The tutorials of how the game functions are few and far in between, leaving you guessing about how to do anything. There are things that I didn’t know in the late stages of the game, and just figuring them out were frustrating. While there are givens for a play to explore, not knowing what things are where, and the purpose of anything makes it challenging to

Thus, I’d give it 3/5 stars due to a bad tutorial and what ultimately felt like stressful repetitive gameplay. The villagers are well thought out, but I can’t help but feel like everything else is very bare-bones. And as I am nearing the end game, I can’t see this game having an infinite replayability like that of Animal Crossing or Stardew Valley. It seems that once this game is beat, replaying it will be frustratingly repetitive.