Both of these cars are synonymous within the brand of Ford. The Ford GT being the most powerful and expensive car produced, and the Mustang which is Fords most popular and sold sports car. Personally I have never been inside or driven a Ford GT, having a price tag of over a half million dollars they are hard to come by. I have however seen many of them at car shows, and they are truly beautiful machines. When it comes to the Mustang GT I have driven them before actually. From reasonably tame to off the walls fast, the GT is a classic American car that I will always enjoy. However if I had to choose between the two I would go with the Ford GT. Below I have have provided some information and statistics about each car.

The Ford GT has a Shelby inspired rear mid-mounted 5.4L V8, producing as astonishing 550 horsepower to the back wheels. As well as 500 Foot pounds of torque. The GT has only been made for a very limited number of years, only being produced in 2005-2006 and 2016-present.

The Ford mustang in the above picture may look like an ordinary 08’ GT, but I can assure you it’s not. It has been supercharged by ford with a Shelby package. Enabling it to produce 750 Horsepower! All powered through a Shelby V8 to the back wheels. The Ford Mustangs have been produced since 1964, including models such as the Shelby GT500, 5.0, GT, and GT350R. This car has been heavily modified for racing performance 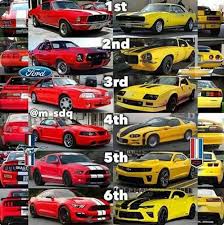