Since its creation back in 1972 the Honda Civic has been a notable cornerstone in automotive history. To date over sixteen million of these cars have been sold around the world. But fast tracking to 2019, the newest Civic is something people used to dream about. Not only is there car very affordable and economical but its very practical as well. Being offered in both a two door and a four door is can be fit to anyone’s needs. Being such a new car it has many new features and options to make the car safer, faster, and more reliable. Later on I will go over some of the statistical factors about the car. 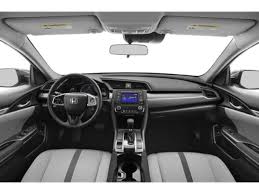 Personally I’ve always been a pretty big fan of the civics, having many experiences with them. My first was when my friend bought one when he turned 16. I thought it was the coolest thing in the world, even though it was far from it. I haven’t been in a Civic newer than 2012 so I can only imagine how it is in person. To this day I still like the civic and think I always will. They are known for being extremely reliable and cheap to fix. Two things I think anyone on a budget can appreciate.

When considering a car there are many important factors to think about. Luckily for you I’m going to go over everything you need to know about this car. First of all, the vehicle is very affordable, starting out at $19,450 dollars. Making it so almost anyone would be able to lease this type of car. Secondly, the new Civic comes standard with a 2.0 liter V-4 motor, with an option turbocharged V-4. At its base it creates 158 horsepower and 128 foot pound of torque. This is not a crazy amount, but its definitely enough to get you anywhere you need to go. Another important factor is the gas millage, and this car surely hits it out of the park. Boasting a proper 38 total miles per gallon this is one of the most efficient cars I know of besides fully electric cars. Offering countless packages and options to customize the Civic it’s no wonder it continues to be a powerhouse in the car industry.