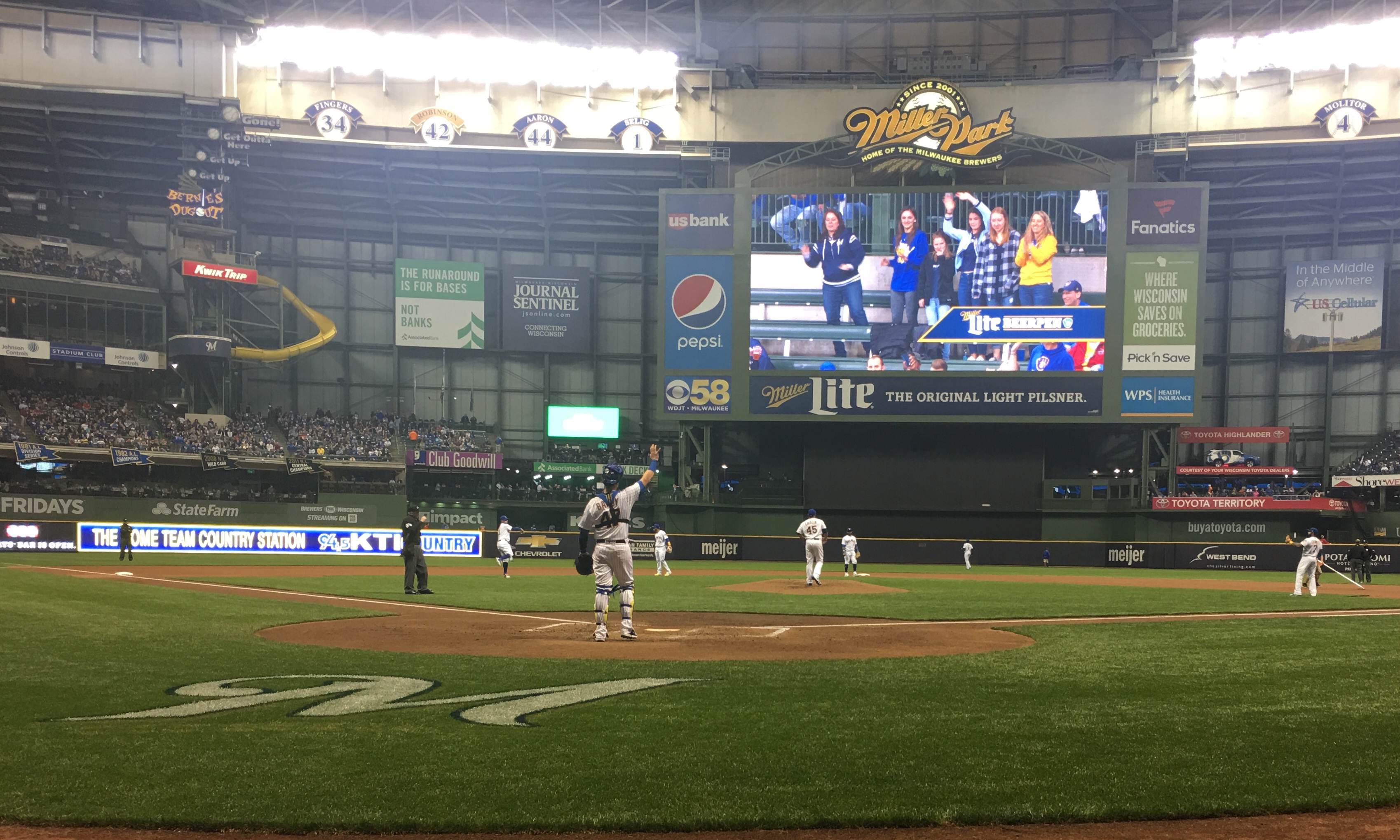 Yes, you read that right. I was able to buy a ticket in the front row right behind home plate to the April 20th game. This was practically a dream come true for me, and an experience that I will never forget.

I went on Stubhub, and saw that there was one ticket left in the first row behind home plate, and I laughed to myself thinking about how cool it would be. Because I was going to the game alone, it was a possibility to sit there. It wasn’t an awful price, but it wasn’t an ideal price either. But, I thought “when will I ever get the chance to site here again?”. And, my mom was even in support of this! (I think she just wanted to see me on tv haha). So, I ended up buying the tickets, and immediately after sitting down knew that I had made the right decision. The view was amazing, and the players were so close it was crazy! I didn’t even care that I was alone because I was 100% locked into the game.

My seat was so close to the players that some fans around me were interacting with the players in the batters box, and the players were talking back!

And, I’m not gonna lie, it was pretty cool to be on tv! You would not believe how many snapchats and texts I got from people that I know telling me that they saw me on tv!

Overall, this was such an amazing experience that I never thought would have happened.  If I can, I definitely want to do this again because I had such a great time! And it was even sweeter that the Brewers were able to pull off a win! (Omg I was talking so much about the seats I almost forgot to talk about their win). If feasible, I would totally recommend trying to sit behind home plate because you won’t be able to beat the view!