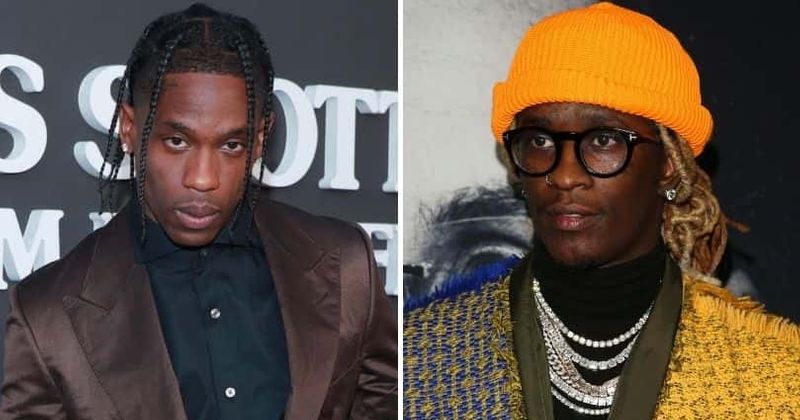 There is a lot of new music this week! The new release that is making the most noise this week is ‘Franchise’ by Travis Scott, Young Thug, and M.I.A. Franchise is not a surprise to many hip hop fans. A snippet of ‘Franchise’ was played on Beats 1 Radio on Apple Music when Travis Scott took it over back in August. The track features an ambient psychedelic trap instrumental with heavy distorted bass. The structure of the track is unorthodox. The song begins with the hook performed by Travis Scott which is followed by a few lines by M.I.A. Young Thug begins his verse after M.I.A. Young Thug uses a lot of the same flows and vocal inflections that Travis Scott used on the chorus. I would kind of underwhelmed by Young Thug’s verse. I feel like Young Thug is at his best when he uses wild dynamics and energetic vocal inflections. Unfortunately, this was a pretty tame verse from Thug. Travis Scott also dropped some clothing to promote his new single. The new merch can be found at https://shop.travisscott.com/.

Joji, former Youtuber turned RnB artist, released his highly anticipated album titled ‘Nectar.’ Joji is known for his lo-fi and alternative pop/rnb sound. ‘Nectar’ is Joji’s second full-length commercial album. In the fall of 2018, Joji dropped his debut commercial album ‘BALLADS 1.’ ‘Nectar’ was initially set to drop in July. However, the release date was pushed by due to COVID-19. I am very excited to listen to the entirety of ‘Nectar.’ I really enjoyed ‘BALLADS 1’ and I have been a big Joji fan since the beginning of his music career. Make sure to check out next week’s blog for a full album review of ‘Nectar.’