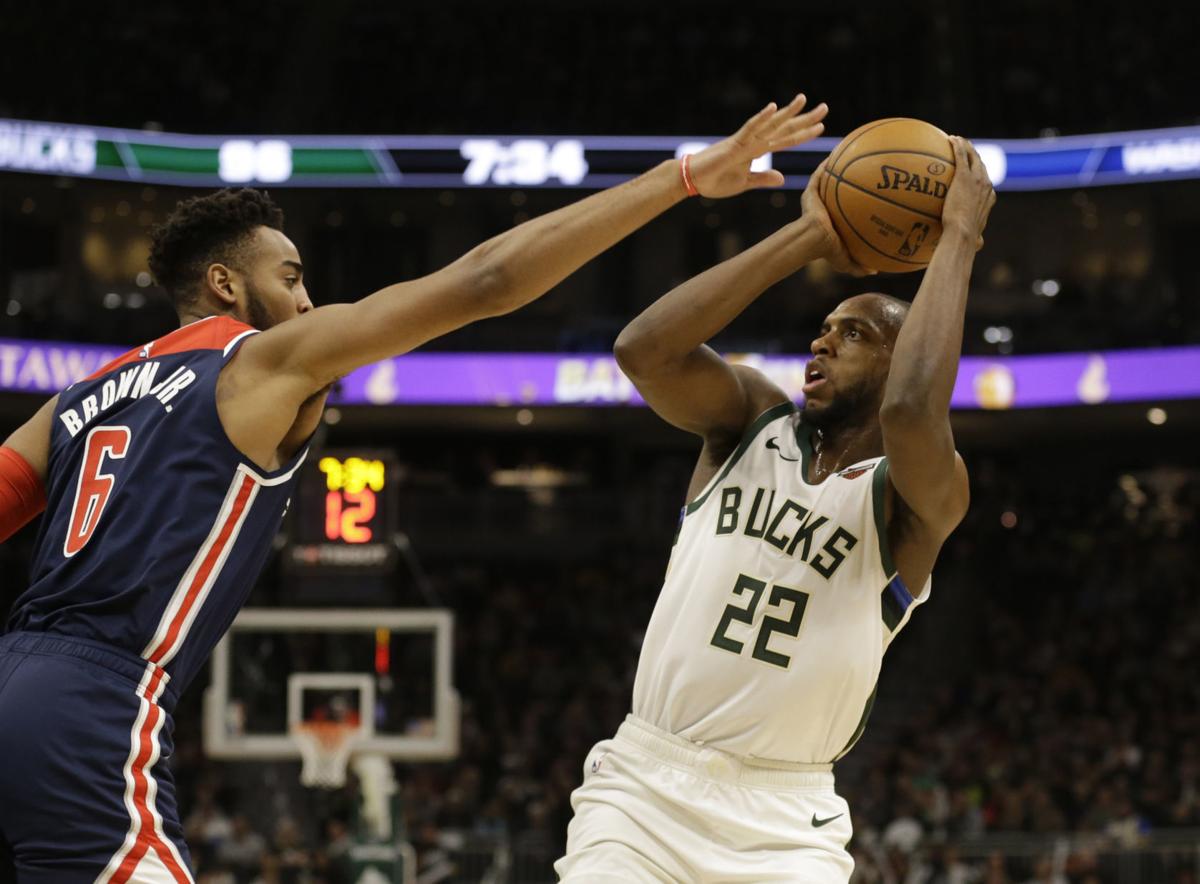 The Milwaukee Bucks are the first team in the NBA to reach 50 wins during the regular season while showing no signs of slowing down. They may even, in fact, be speeding up thanks to 2x all star Khris Middleton stepping up for the team and taking the leap to becoming a true second option to Giannis Antetokounmpo. During the season, Middleton dropped a career high 51 points while shooting an incredible 61.5% from the field which grabbed the league’s attention. Since that performance Middleton has been averaging 26.8 points per game to truly cement himself as a core part of this team. During this scoring stretch Middleton had a 40 point performance against the Washington Wizards where Bradley Beal had a career high 55 points. Beal being snubbed from the all star game has him playing on another level, basically Middleton on a higher volume. It’ll be interesting to see if performances like Middleton and Beal will continue throughout the rest of the season and into the playoffs or the stars will fizzle and come back down to Earth.

The Bucks will hope to carry the four game win streak momentum going as they play the Oklahoma City Thunder and Charlotte Hornets in their next two games which shouldn’t pose a problem to the team. However, the next three games will be against the Miami Heat, Indiana Pacers, and Los Angeles Lakers will be a grueling stretch of games for the team. With even the Thunder playing well the Bucks should look into resting key players to save on injury since they can afford to lose games at this point. Are the Bucks a good team or just having an easy schedule? This will be the week to find out.