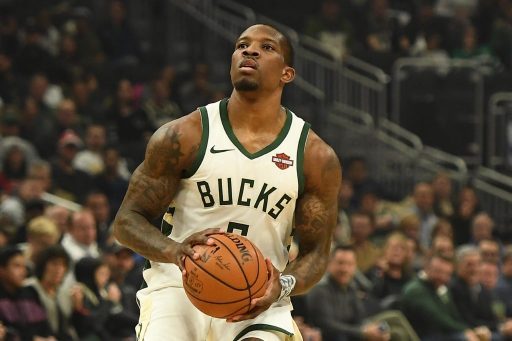 Every player in the NBA dreams of hoisting up the legendary Larry O’Brian trophy above their head as all of their hard work and dedication to the game finally pays off and a legacy is cemented. Whether the team is contending, rebuilding, or somewhere in the middle players are always competing to win as many games as they can; during the 2019-2020 season, the Milwaukee Bucks have been finding lots of success winning as many games as they have. As of the all star break the team finds themselves on top of the entire league at a staggering 46-8 record. We all believe in Giannis and Khris, but it raises the question fans have been asking all season long: is this the roster that will bring a championship back to Milwaukee?

Looking back at last year’s postseason Coach Mike Budenholzier played six players for an average of more than 25+ minutes per game (Giannis, Middleton, B. Lopez, Brogdon, Bledsoe, and Hill), and while players like Brogdon and Nikola Mirotic (21.3 minutes per game) are no longer on the team, there are now new roles to be filled. Veteren players like Wes Matthews, Kyle Korver, and Marvin Williams are able to take the load off of inexperienced players to provide meaningful and impactful minutes on the court come playoff time as rotations shrink and less players see the court. Furthermore, George Hill has continued as the Bucks’ 6th man off the bench shooting an astounding 51.1% from the three point range on 3 attempts a game. The Bucks have the highest average player age (29.3) in the entire NBA, and it’s because of this veteran experience that gives this team the competitive edge come playoff time.

Playoff basketball is different than regular season basketball for many different reasons, but one of the biggest reasons is scouting players significantly more in depth. Every player will have their style of play analyzed, analyzed, and analyzed again by their opponents with the intent to learn the most finite details about their game play. Starting point guard Eric Bledosoe will prove to be the wildcard for playoff success this year by being able to work within different systems put in place by the coach. During the 2018-19 regular season Bledsoe shot 32.9% from three on 4.8 volume attempts per game which was just below the league average of 35.5%. While three point shooting isn’t the only way to gauge player success, Bucks GM Jon Horst has built the team in such a way that when Giannis is on the court, shooters need to be on the court as well. During the 2018-19 postseason Bledsoe shot an subpar 23.6% from three averaging 4.8 attempts per game which makes it easy to blame it on Bledsoe; however, it’s important to remember that basketball is indeed a team based game that relies on all of the players performing up to and above their standards. The Bledshow is currently shooting a cool 33.9%, but with increased practice and higher confidence he can be the extra push the team needs on defense as well as offense.

One thought on “Is this the roster for playoff success?”