Well the tournament did not go well what so ever, I couldn’t ever get anything going the entire day. Everything I tried on the lanes nothing just wanted to work out for me. I also missed some easy spares but even if I make those I wouldn’t have been close to the cut number because I couldn’t strike enough. I made all the moves I thought were correct and they didn’t work. Make a move that I feel like would never work ever ends up working. It is also hard to bowl when all of my good shots off my hand just ended poorly for me but all of my bad shots struck and were nice. It is hard to adjust when you don’t know what shots to trust and what shots are good and bad. When you think its a good shot and make a move and its wrong it hurts you a lot.

Even though I bowled poorly and I didn’t qualify or was even close to the cut, I still had fun and enjoyed going out and bowled. I enjoyed traveling with my friend and also meeting new people that go to a different school. I still have one more year left of bowling so who knows next year might just be my year. On the bright side my teammates that traveled all the way to Smyrna Tennessee. We ended up sending 2 guys to nationals for the singles side of the tournament. David (Soph) Chris Wiley(Sr) ended up making it for the singles tournament which is just insane. 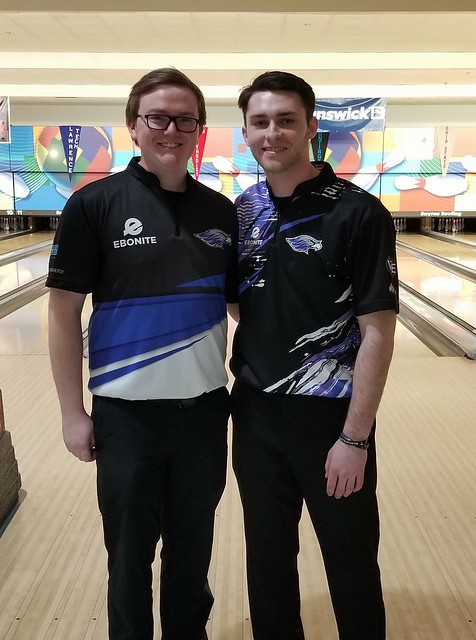 Congrats to the boys and hopefully they can come back after a rough Saturday to make it to nationals as a team.