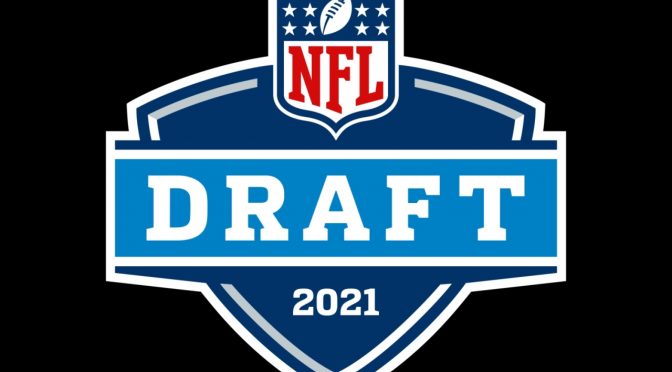 The NFL Draft this year was definitely interesting. I am a huge fan of NFL Football and I watch a ton of games. I never get tired of watching NFL Football. I was really excited to watch the Draft this year because of all of the uncertainty of where the top quarterbacks would land.

The top quarterbacks in the Draft this year were Trevor Lawrence from Clemson, Zach Wilson from BYU, Trey Lance from North Dakota State, Justin Fields from Ohio State, and Mac Jones from Alabama. Everyone knew that the Jacksonville Jaguars would select Trevor Lawrence with the first overall pick. He was by far the best option at the quarterback position. The New York Jets traded their starting quarterback Sam Darnold to the Carolina Panthers in the offseason. So they needed to draft a new quarterback with their second overall pick. The Jets selected Zach Wilson, and most people saw this pick coming.

The most intriguing pick of the Draft this year was the third overall pick. The Miami Dolphins originally had the third pick. But the San Francisco 49ers traded up with the Dolphins in order to have the third overall pick. The 49ers current starting quarterback is Jimmy Garoppolo. Garoppolo has dealt with injuries in two of the last three seasons with the 49ers. In addition to his injuries he had not been playing very well recently. So the 49ers wanted to draft a quarterback who will most likely replace Garoppolo. Many NFL analysts believed that San Francisco would draft Mac Jones, or maybe Justin Fields. But the 49ers shocked the NFL world by picking Trey Lance. It was pretty crazy. It was only the third time in NFL Draft history that there were three quarterbacks drafted with the first three picks.

Justin Fields and Mac Jones were still waiting to be drafted. The Draft was at the 11th pick, and Justin Fields had not been drafted yet. Then the Chicago Bears stunned everyone by trading up with the New York Giants from the 20th pick, all the way up to the 11th pick. The Bears then drafted Justin Fields. This was a great move, but we’ll see if Chicago can make it work. I say this because the Bears have never had a franchise quarterback throughout their long history. Mac Jones was projected to be picked at number three overall, and the Draft was now at the 15th pick. The New England Patriots had the 15th pick, and they needed to draft a quarterback. So they drafted Mac Jones, and it was a steal. I could not believe that the Patriots were able to get Mac Jones. I thought for sure that he was going to be drafted earlier. Overall the NFL Draft this year was pretty entertaining to watch.