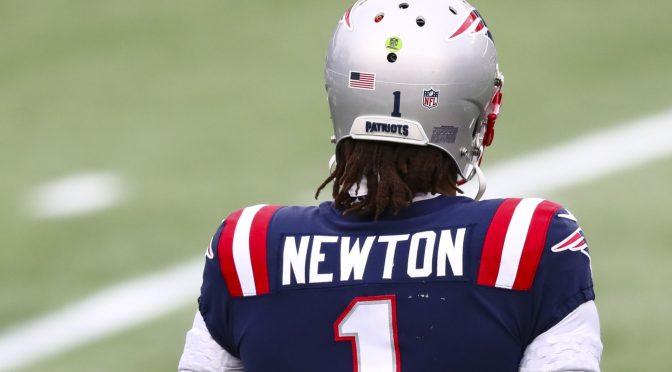 In the 2015 NFL season Cam Newton was playing great. He won the NFL Most Valuable Player award (MVP), and NFL Offensive Player of the Year award (OPOTY). The Carolina Panthers had a record of 15-1 in the regular season, and Cam Newton led them to the Super Bowl. But they were defeated by the Denver Broncos in the Super Bowl. Since then Newton has not really been the same. He has been an average quarterback since the 2015 NFL season.

In the 2016 and 2017 NFL seasons Cam did not play well. Those were the worst two seasons of his career. In the 2018 NFL season he played alright, but still not great. In the 2019 NFL season Newton got injured, and he only played in two games that season. During the off-season the Carolina Panthers released Newton.

After Cam was released by the Panthers he signed a one year deal with the New England Patriots. Newton did not have a good year during the 2020 NFL season with the Patriots. He only had eight passing touchdowns. He did have twelve rushing touchdowns though. But he also had ten interceptions. Many people did not think that the Patriots would re-sign Newton because of his poor play this past season. Another reason people did not think that New England would re-sign Cam was because he had only signed a one year contract previously, and the Patriots could draft a new quarterback. So it was pretty shocking when the Patriots re-signed Newton to a one year deal worth up to 13.6 million dollars. This was very big news throughout the NFL. I think that most people were surprised by this, I definitely was. It will be interesting to see how Cam Newton plays this upcoming season.