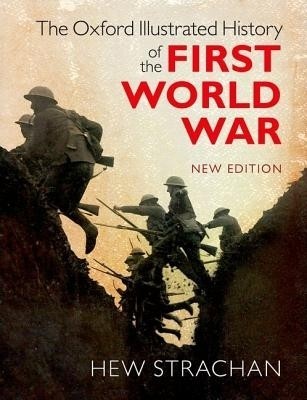 2014 officially marks the 100th anniversary of the start of World War 1. To mark this anniversary, the library is coordinating several events to mark such an occasion. One of these is a rotation book display in the lobby covering various themes related to the war.

For readers interested in brushing up on their World War 1 history, Oxford’s illustrated history is a great place to start. Hew Strachan has assembled an all-star list of historians to contribute to explaining the complexities of the first great world conflict. The contents of this book are well-balanced with both descriptive text and a large number of visual representations from the time of the war. Visual images range from propaganda posters, letters, photographs, and more from the period.

This book is a fantastic read that both historians and the casual reader will enjoy thoroughly.