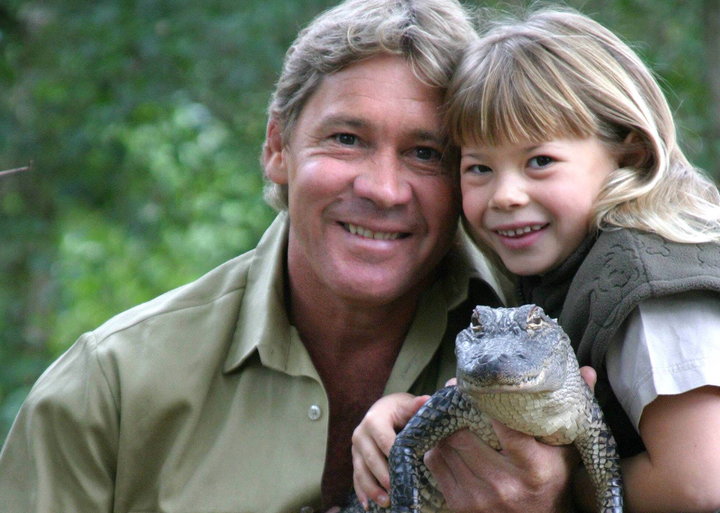 Steve Irwin, an Australian Zookeeper, and famous TV personality had achieved worldwide fame with his show “The Crocodile Hunter” a documentary series based on the Australian Wildlife. Millions of people grew familiar with the Zookeeper as well as his family and the media couldn’t seem to get enough of him and the Irwin family at the time.

Tragically on September 4th, 2006 Irwin died after being pierced in the heart by a Stingray barb and the world mourned. This tragic event gained a tremendous amount of media coverage for those who remember. Irwin left behind two kids, Bindi and Robert Irwin. I was scrolling through Facebook and came upon this video which was dripping in feels.

This video shows Bindi, Irwin’s only daughter listening and watching a video of her father for the first time talking about his kids before his untimely death. What breaks my heart and most likely a lot of other Facebook users who’ve seen the video is that Bindi ended up growing up and following in her father’s footsteps. She’s an active spokesperson on wildlife conservation and wants to protect animals just like her dad. There was no doubt Steve loved what he did, he had such a passion for animals and conservation. When asked what would make him give it away all that is if his children can take the so-called “football” of wildlife conservation and run it up. Basically meaning when his kids are ready to take over his mission and what he started he will gladly step aside and it will be the proudest moment of his life. He got choked up saying it and that made watching the video even harder without getting a little emotional. Major, major credit to Steve’s wife and the mother of his children for raising those kids after their father had passed and making them into genuinely good people. I’ve watched other interviews with Steve’s children such as Bindi and Robert and you can just see and hear the passion just like their father did. Get tissues ready and a feels trip you won’t soon forget.