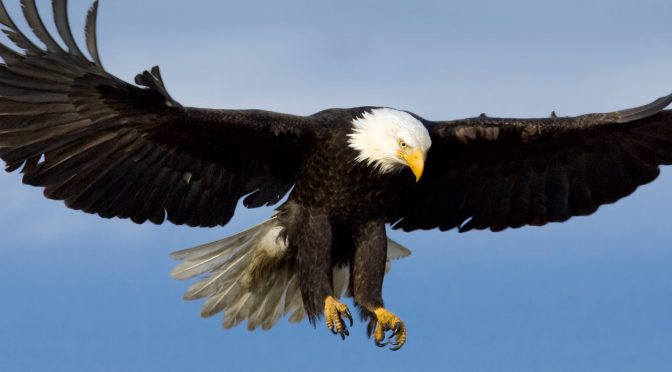 We have all had that moment in our lives when we see something like a large dark bird circling its prey in the distance and can’t help but think in our minds that maybe it could be a bald eagle.  Eventually, that bird comes closer and we realize that it nowhere near resembles anything like a bald eagle.  The bald eagle represents the national bird of the United States and when you get your eyes on one you can’t help but feel nostalgic.   As a child, I knew that the only time I could set my eyes on such a majestic creature was when I traveled up to my Grandparent’s house in Rhinelander WI. For many years that was the case, but that is starting to change.  This year I started seeing eagles as close as Madison flying around and supposedly this is something we can expect to see more of.

Bald Eagles in Wisconsin 45 years ago were primarily only active near Lake Superior and their total numbers only equaled 107 occupied nests.  Recently in 2019, bald eagles occupy over 1,600 nests throughout Wisconsin and in 71 out of 72 counties.   This is not by coincidence either according to the WI DNR, because there have been multiple efforts to have a healthy bald eagle population in WI since 1974.  This is due mostly because of the national ban put on a pesticide known as DDT, which would end up poisoning the birds ultimately killing them. In addition to that, they credit the comeback to added protection under the federal and state protection of endangered species.  Finally, river clean-ups under the clean water act and public support of nest monitoring and protection efforts.  All of these efforts have combined to create a flourishing bald eagle population and it will only continue to grow.