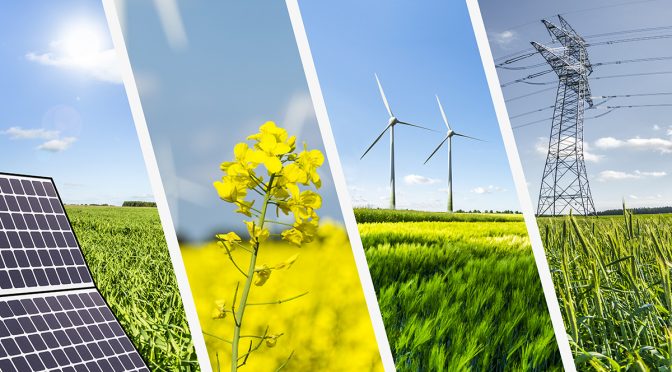 Wisconsin as a state underutilizes the amount of renewable energy it could produce.  Currently, in Wisconsin, only 10% of Wisconsin’s energy is produced by a renewable resource.  As a state, there are many different options that could be beneficial to the environment, but to the economy in Wisconsin as well.  For instance, wind and solar energy are both viable options when it comes to clean energy.  Solar power is continuing to gain traction because solar energy production has advanced in such a way that solar energy is like if not less then buying electricity from local utility plants. The only thing bad about Wisconsin is that the sun does not shine as much during the winter and at some points during the winter we only receive about 4 hours of sunlight per day. Which would not be ideal for solar energy.

As far as Wind energy goes Wisconsin is highly lacking compared to its neighboring counterparts. Wisconsin currently produces about 648 Megawatts of wind energy installed capacity. Our neighbors such as Iowa, Illinois, and Minnesota produce about 5,000 to 3,000 Megawatts of wind energy installed capacity. Wisconsin has enough land to produce the same amount of energy as its neighboring states, just decides not to

Another renewable energy source that Wisconsin relies upon is Hydroelectricity dams.  In Wisconsin there are currently over 100 dams used to produce electricity and that number is only going to go down. This is mostly due to the many ecological impacts that dams have on an ecosystem.  Overall,  Wisconsin has a very limited amount of renewable resources put into place,  even though you would think that would not be the case being that we are surrounded by various forms of nature.  This has to change in order to make our energy sources more sustainable.

3 thoughts on “Clean Energy in Wisconsin”