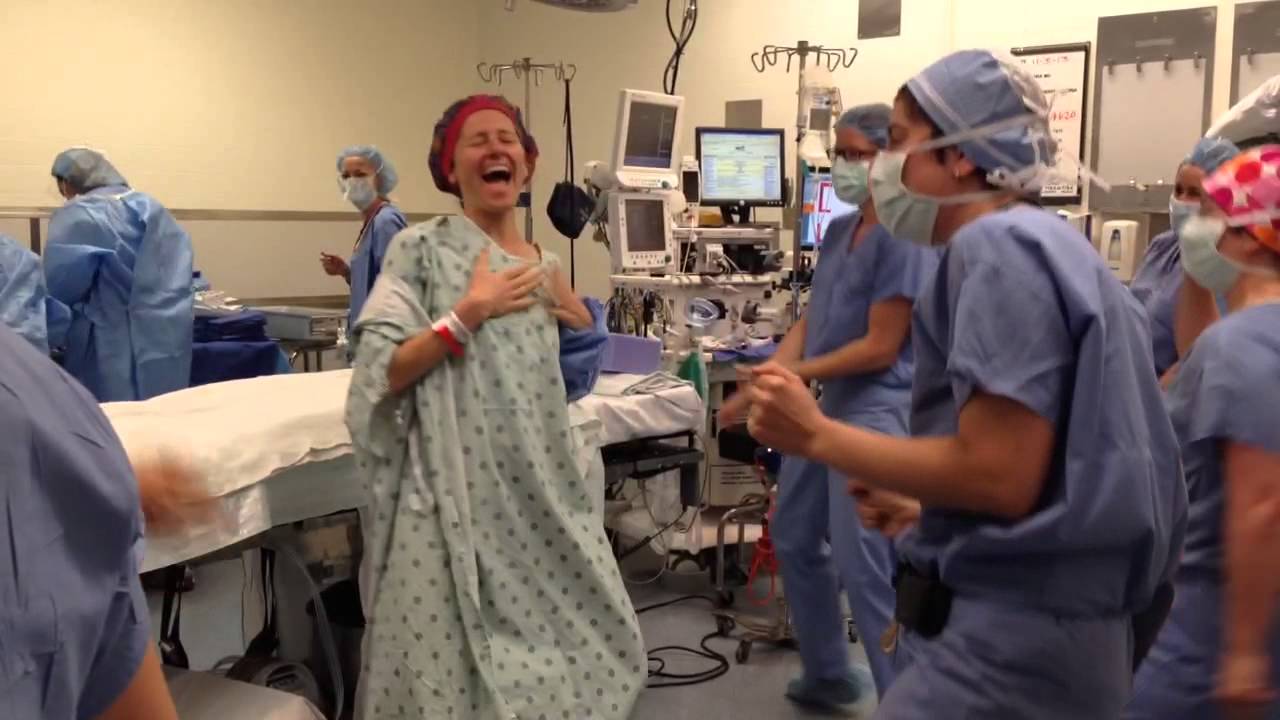 Music has the power to do some amazing things, even in the most unlikely of circumstances. Deborah Cohen at the time was a breast cancer patient at a hospital in which she was a doctor at. She is a mother of 2 and was due for a double mastectomy.

Moments before the surgery took place though, something special happened. The song “Get Me Bodied” by Beyonce starts playing in the background and Deborah in the center of it all starts dancing. All of a sudden all the other doctors in the room join with and an all-out dance party breaks out. She had originally done this for herself so she can get a video of her dancing after the surgery in which she wouldn’t be able to dance. The video hit viral status as others joined in on the flash mob dance routine and even Beyonce brought it to social media and granted her two free tickets to her show as a gift.

Good Morning America picked up the story and it was even more heartwarming to know that the broadcast journalist was also going through the same situation as Deborah herself with breast cancer and to hear those two women talk about how this video was a symbol of hope and inspiration in the most unlikely of circumstances was awesome to see. Tears, smiles, and everything in between this video definitely brought a smile to my face.