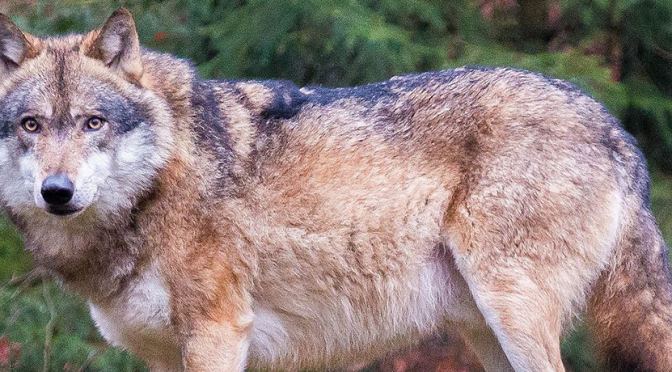 If you didn’t know, Wisconsin is currently 1 of about 12 states that have a gray wolf population. To be exact Wisconsin is currently home to about 914 gray wolves; most of them congregating in the northern region of the state. These large numbers recently sparked up a conversation between the public and the government. Specifically, on what to do with the current wolf population found in Wisconsin. This is where the United States Fish and Wildlife Service comes into play. They recently proposed in August of 2019 that the gray wolf populations across the states has stabilized and that they should be taken off the endangered species act list. This would no longer give the federal government the authority to protect them, and instead would allow the states to regulate the grey wolf population themselves.

This newly proposed plan to let states regulate their current wolf populations has sparked a lot different opinions on the matter.  Many environmental activists suggest that the population of gray wolves in Wisconsin is only starting to comeback and shouldn’t be considered for delisting. This is because back in the 1830s, before Wisconsin was settled in, they estimated that there where 3,000 to 5,000 gray wolves in Wisconsin at the time.  Gray Wolves would eventually become extinct in Wisconsin by the year 1960. This is a common fear that this situation could happen again if the current population of gray wolves becomes unprotected.  In addition to that gray wolves play a vital role in an ecosystem by keeping ungulate populations steady allowing for native floral to grow, which in turn benefits many different parts of an ecosystem.

Hunters and Farmers on the other hand welcome the idea of delisting the gray wolf in Wisconsin.  Farmers see gray wolves as a nuisance animal, because they occasionally target their livestock as easy prey.  Hunters see gray wolves as a nuisance as well, due to the possibility that they might consume the animal before the hunter gets the potential opportunity to harvest the animal instead.  Therefore, hunters and farmers would love to be given the opportunity to reduce the current gray wolf population in Wisconsin.

So, should gray wolves stay under federal protection or should they be regulated by the states?