I freely admit I’m a latecomer to the fanclub for Lin-Manuel Miranda and Hamilton, the 2015 sold-out Broadway sensation that’s recently started an equally sold-out nationwide tour. I’m also an unexpected convert, as my usual response to the question of preferred musical genres is “anything but rap.”

But I’m an unapologetic musical-theater nerd, so one day I looked it up on YouTube. Now, some months later, I may or may not find myself somewhere between step 5 and step 9 in the Telegraph’s “12-step guide to your new musical obsession”… What obsession? Ahem.

If you still remain among the unconverted, I encourage you check out this CD to get a taste of the show. While it’s described as a hip-hop musical, the range of musical styles (rap, jazz, & more typical Broadway lyrical ballads), witty wordplay, pop-culture references (“Sit down, John!” for us musical-theater nerds), touching and thought-provoking themes, and just plain fun music-play (like the genteel British gavotte of “Farmer Refuted”) will keep you entertained through many a listen.

If you can’t get enough of musical theater, check out our other Broadway soundtracks available for checkout in the library (in the Popular CDs browsing shelves on 2nd floor). Or — study break! — here’s a fantastic tribute that still makes me laugh, from Miranda’s wedding several years ago: 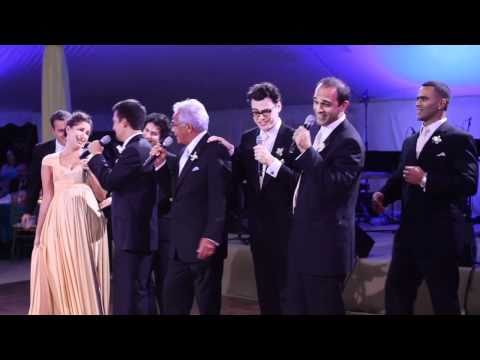 Naomi is a Reference & Instruction Librarian for the College of Business & Economics at Univ. of Wisconsin-Whitewater. While not helping students and faculty with their research, she enjoys singing, ballroom dancing, crafting, and cooking.
View all posts by Naomi Schemm →
This entry was posted in new stuff tuesdays and tagged albums (music), music. Bookmark the permalink.