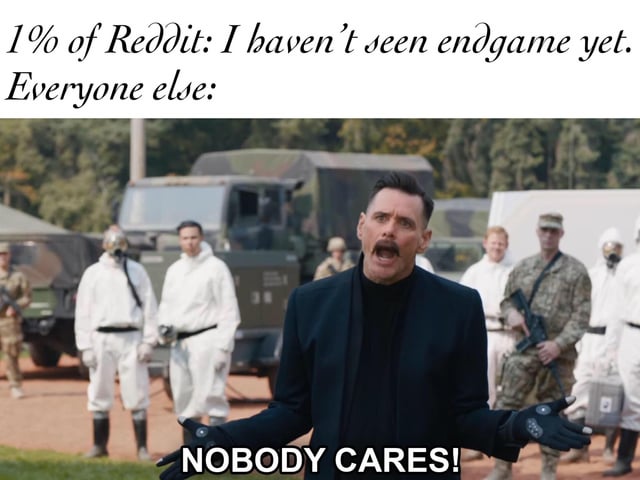 On Reddit, popular meme pages with millions of readers had to go to drastic measures to ensure that everyone who wanted to was able to not have Endgame spoiled for them during its initial release period. Moderators of the subreddits banned users who sent in any kind of spoiler.

Now, that the appropriate time has passed, memes from the movie are allowed that contain spoilers. Of course, there is always going to be that one percent of people who are not on the right page.

Everyone besides the one percent has seen the movie and is eager to participate in the creation of memes from their favorite movie series. This meme earns a 10/10 for having Avengers and Reddit context.