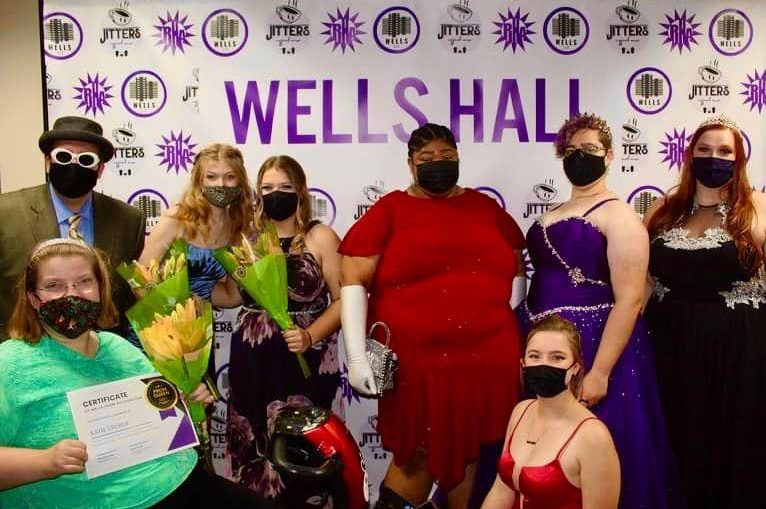 The last two years of the pandemic have been life-altering in more ways than one. Although it was for the health and safety of the students, many high schoolers did not get to experience the senior year they expected. Many said their final goodbyes through a computer screen. Graduates had their diplomas mailed, rather than being handed to them. Another milestone of high school, that many students did not get to partake in, was their senior proms.

Knowing these facts well, University of Wisconsin-Whitewater undergraduate Devontae Sisk came up with the idea and helped plan the successful Wells Prom. The prom was held on the night of December 3, 2021, inside the Wells CBM lounge. The theme, “Dancing in a winter wonderland,” was a hit amongst the students who loved not only the decor, but all the effort that had been put into this prom created specifically for them. It took more than a dozen planning committee members to make this event a reality and come off without a hitch.

“I was talking to my staff members and we were discussing how we have never had a prom here on campus before. We were also thinking about how we now have two generations of students who haven’t had proms in their high school. We decided to ask our leadership involvement team in Wells for a funding request and also permission from the residence hall association. They both approved it, so we started planning the program in late August, early September,” said silk. “Proms really aren’t held in residence halls; however, this space in Wells being one-third of the campus population and having a very diverse population at that, we thought, ‘what a perfect place to have it.”

As this prom was a replacement for many students who did not get to have one, there were a few unique additions added. One such addition is on the Wells prom court, where instead of having a single prom queen, it was instead decided to have three.

“I am in Well’s leadership involvement team and live here in Wells. I love the atmosphere and supporting all the AR’s and what they do. This is kind of a redo prom for me, as my last prom did not go as expected. I was dancing the cupid shuffle and enjoying myself with some friends, catching up because we haven’t seen each other in the past few weeks as it’s been really hectic. So, this has been a whole bunch of fun,” said Prom Queen and senior English major Kathy Brady.

Another uncommon addition that you would not usually see at other proms is the use of no dress code. This meant there were an array of students dressed to the nines, dancing next to other students who came wearing a hoodie and jeans. This RSVP event was welcoming to all who wished to bust a move and celebrate the end of the fall semester.

“I had a group of friends who were eager to go so I said, why not? I appreciate the picture booth area, where they have a background set up and are taking professional photos of us. I am having a pretty good time and the decorations are amazing,” said psychology major Stormy Bliesner

Many UW-W students accepted that they would never take part in a prom, yet were instead surprised and delighted with this development of a new event. The Wells Prom was such a wonderful addition to the campus, it would not be surprising if it’s debut transitions into a yearly event for students to continuously enjoy.