This is a link

A bit of background. Moyashimon is a manga series, the full title is Moyashimon: Tales of Agriculture. The main plot centers around a 1st year college student named Tadayasu Souemon Sawaki who becomes part of a research lab focused on fermentation. The main reason for this is that Sawaki has the ability to perceive bacteria and fungi around him, depicted as cute little microbes with their own voices and personality. 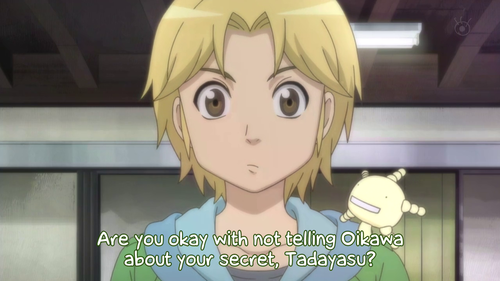 The original series aired in 2005 and covered roughly the first two volumes of the manga. This new production pretty much continues from there.

And, as great as these reasons are, the main reason I’m excited isn’t the upbeat plot, well-established characters, or even the budding romance between Sawaki and Elegant, Strict, but troubled Graduate Student Haruka Hasegawa. It’s the subplot between Sawaki and his best friend Kei Yuuki. In the first series (2005), we’re introduced to Kei as the shy son of a well-known sake brewer, who acts as a serious, calm foil to Tadayasu’s more laconic nature. 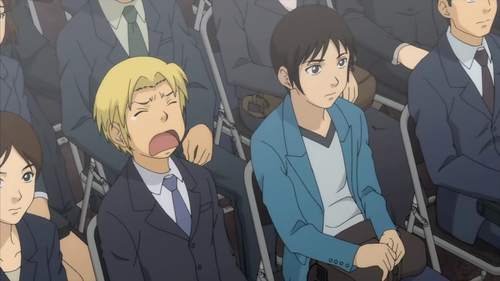 However, Kei disappears for most of the series (not in a Chuck Cunnigham way, his absence is noted in the plot), resurfacing at the end of the 9th episode. In episode 10 and 11 we get some more detail. Given the differences in terminology both in mainstream Japanese culture as well as with the anime fan translation community (both topics which are too convoluted to get into here), Keii is probably what we would describe as trans and her absence has been mostly due to that. 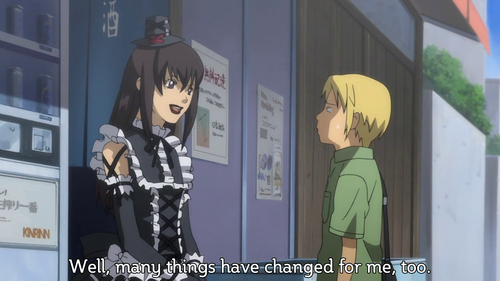 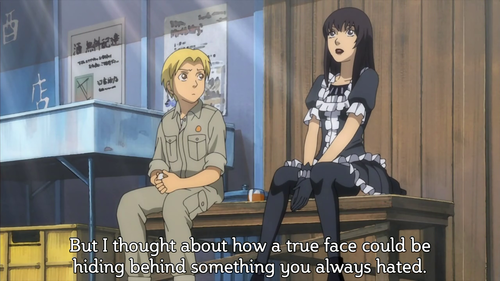 The only real negative this plot line had was that Keii somewhat impulsively kissed Tadayasu, a few moments after he recognized her and was still processing the shock. 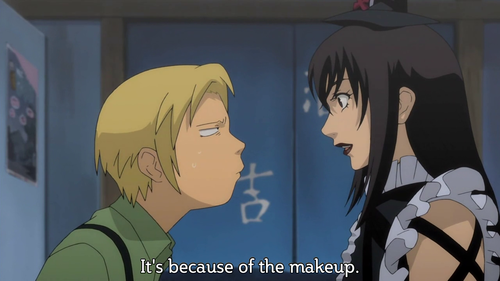 That same incident prompted Tadayasu to lose his ability to see microbes until the last episode when Haruka hugs him and the shock of being pressed against her (her cleavage specifically) restores his power.

While one can see it as a narrative of the “real” girl restoring what the “fake” girl took away, it is thankfully undercut by the fact that Sawaki occasionally loses his power for a time, usually when he’s greatly startled, as well as the fact that losing his power was a device to get him to decide he really enjoys learning about and interacting with microbes after all.

So overall, the first series did a good job of portraying a fairly well-rounded trans woman character and Keii is definitely one of my favorite anime characters in recent years.

So going into the new series, I was cautiously optimistic. The first episode so far, did not disappoint. Since I’m tired of writing, enjoy some more screenshots 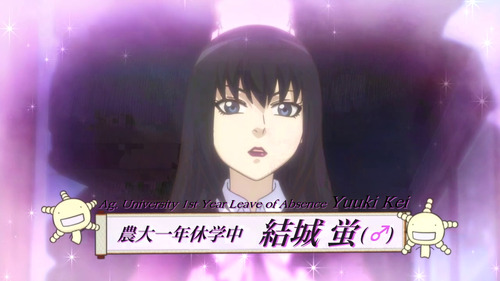 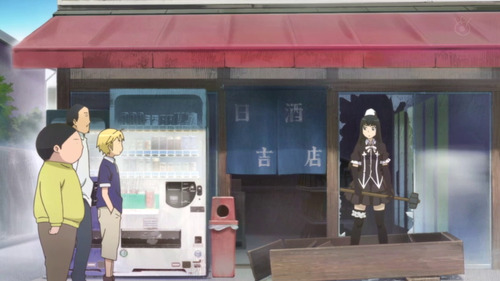 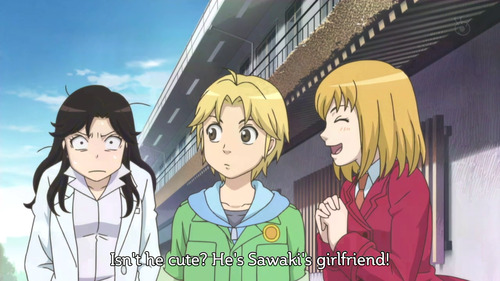 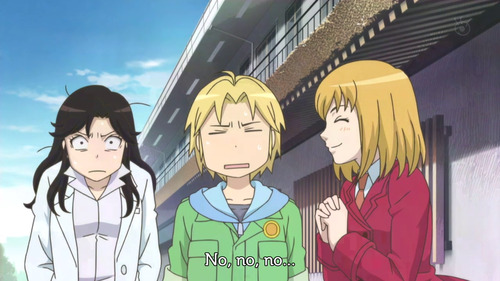 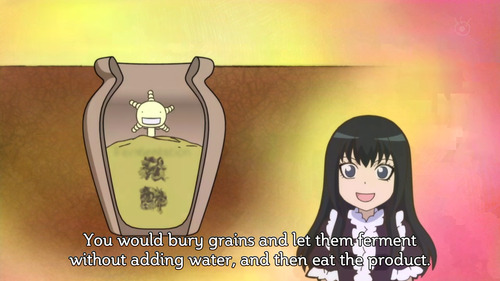 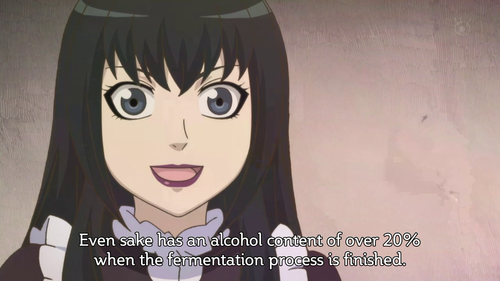