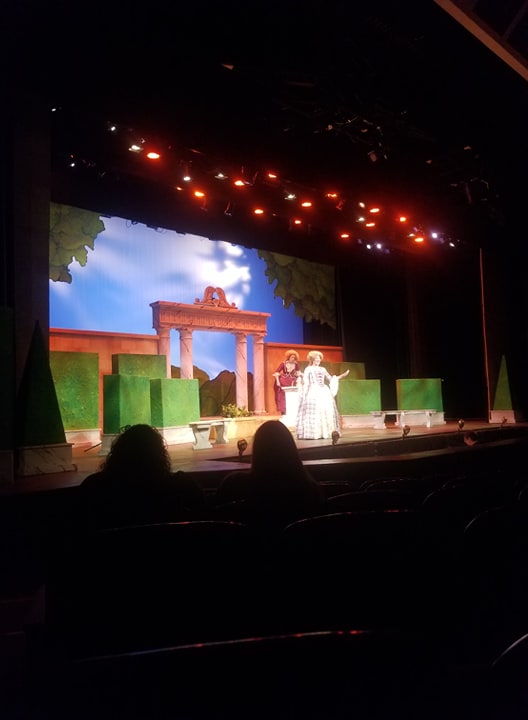 In this classic tale of forbidden lovers meets conflict and turmoil as one Princess struggles to gain the acceptance of the one she feels is destined to meet. Within a labyrinth inside Sparta, we find a small community in a garden lead by Hemocrates. As the story opens, we are introduced to Hemocrates’ sister, Hesione, who is also Sparta’s most diligent philosopher and her nephew, Agis.

They had all been confined to this garden by Princess Leonide who had stolen their kingdom. This caused a deep hatred for Princess Leonide from the members of the garden. They all see her as a wicked devil or a devil spawn.

Within the opening dialogue of the labyrinth’s citizens, it is made known that Agis is preparing to embark on a trip to assassinate Princess Leonide. This made them all extremely excited. The gardener, Dimas, and Hesione’s valet, Harlequin, assisted Hesione in preparing Agis for his trip. They gathered a hatchet, crossbow and a sword for Agis to use.

Once all of the supplies had been gathered, everyone made their way to another location. Once this happens, we see that Princess Leonide and her maid, Corine, entered the garden. They begin conversing with each other and we find out that Princess Leonide has a strong attraction towards Agis and her main objective was to win the heart of Agis. The main issue that the two learn is that women are not allowed within the garden, aside from Hesione. After learning this, they decided to smuggle male clothing and had to create aliases for themselves, Phocion (Leonide) and Troy (Corine).

Once they had their new names and clothes put together, they began to practice their new act by making manly poses and working on their voices. While they were doing this, they were spotted by Harlequin and she begins to question who the two strangers were. During their attempts to convince Harlequin who they were, she figures out right away that the two “boys” were actually girls and they were forced to reveal their true identities to her. Harlequin decides not to blow their cover after Troy (Corine) uses her charisma to sweet talk Harlequin.

After the encounter, Agis enters the garden and spots the three individuals talking. He questions who the strangers were and right after this Harlequin and Troy run off to leave Phocion and Agis by themselves. This is when the two begin to build a friendship and this is when Agis decides to tell Phocion of his plan to travel and assassinate Princess Leonide.

Once word gets back to Hemocrates that Agis had so openly revealed his assassination plans to a stranger, he was enraged. It was at this point where he came into the garden to investigate and this was when everyone figured out that Phocion and Troy were actually girls. They were all angry at first, but Phocion and Troy were able to explain themselves and ended up talking the community into allowing them to stay. This made Princess Leonide ecstatic because she would still be able to continue her attempts to woo Agis.

Once the play was over, I asked Jacob Ancona what his final thoughts were on the play. He said, “I have never really been a big fan of musicals or plays in general, but there was a good amount of comedy mixed in with the dialogue and that truly made the experience better and I ended up enjoying it.”

When the cast-members had been scattered throughout the atrium meeting their families, I pulled one of them over to ask what the making of the play was like. Molly Manless played Princess Leonide and I chose her because of her role as both a guy and a girl. She said, “When we were given the roles, I had gotten a bit nervous because I’ve never been a part of a role like this and that was the biggest learning curve. I’m just glad that I didn’t have to change my voice much, pretty much just had to wear guys’ clothes.”