The Bucks have made a lot of moves since the 2016-2017 season came to a close. However, there were still nine players that returned to the roster from last season. Giannis Antetokounmpo, Khris Middleton, John Henson, Tony Snell, Malcoldm Brogdon,Thon Maker, Jason Terry, Matthew Dellavedova, and Jabari Parker all made their returns to the Bradley Center floor this year. They had their ups, they had their downs, but here are the grades for each returning Bucks player: Tony Snell: C+ Tony Snell resigned with the Bucks last season for four years, making $46 million over the course of those four years. After the way he performed late in the season and in the playoffs last year, resigning Snell seemed to be a 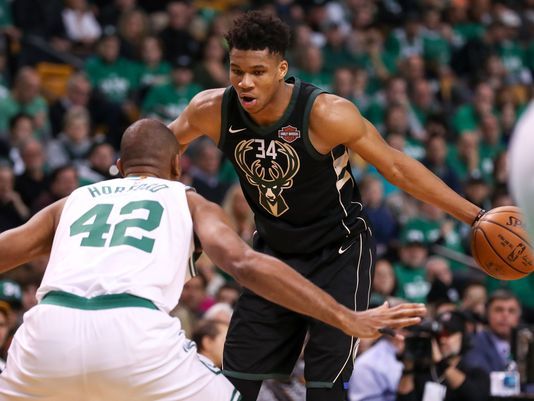 Yesterday, the Bucks began their 2018 Playoff stint in Boston against the Kyrie-less Celtics. You'd think the lack of Kyrie Irving would mean the Celtics would not be as fast-paced as they are with him, but you'd be wrong. Throughout the game, the Bucks struggled to keep up with the Celtics fast-paced offense and found themselves fighting from behind for the entire second half. First Half The Bucks seemed to need a few minutes to get their rhythm going in the first half, allowing the Celtics to get their first two points just seconds into the game. However, they pulled themselves together quickly, cut the lead quickly, and took a solid lead of their own in the second quarter. Giannis scored 12

At this point in the late season, the Bucks are pretty much guaranteed a playoff spot in the Eastern Conference for the 2018 NBA Playoffs. They have been flip-flopping between the 6, 7, and 8 seed as the back half of the season has gone on, and every fan is praying that they would just stay in one spot so they can prepare themselves for their projected first-round playoff matchup. However, as this flip-flopping has gone on, there is only one team I want the Bucks playing in the first round of the 2018 playoffs. Here's how the playoffs are looking right now... Current Eastern Conference Playoff Picture: Toronto Raptors (55-22) Boston Celtics (53-24, 2 games back) Cleveland Cavaliers (48-30, 7.5

The Bucks have had some serious ups and downs throughout the 2017-2018 NBA Season. They've had coaching changes, player changes, and all of this coming from a front office change in the offseason. They drafted Sterling Brown and D.J. Wilson, traded for Eric Bledsoe and Tyler Zeller during the season, and signed Brandon Jennings and Shabazz Muhammad to contracts for the rest of the season. Some of these moves were somewhat surprising, but some of them turned out to work really well for the Bucks. I want to analyze and grade all of these players the Bucks acquired for the season so here it goes: Sterling Brown: B- Sterling has brought a lot of energy and toughness to the Bucks backcourt set, 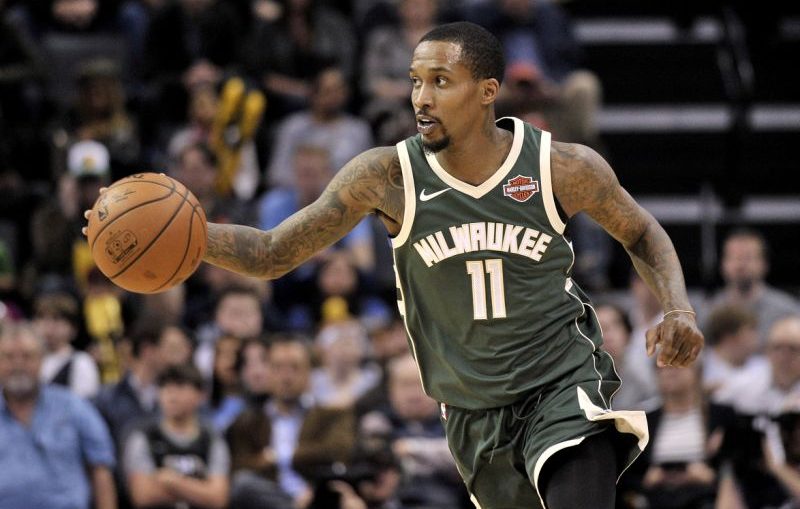 On February 18th, I wrote to you about how the Bucks' G-League team, the Wisconsin Herd, signed former Bucks guard, Brandon Jennings to play with them for the rest of the season. But on March 10th, the Bucks announced that they would be signing Brandon Jennings to a 10-day contract, essentially long enough for him to prove himself worthy. And on March 12th against the Memphis Grizzlies, proved himself he did. BJ3 dropped a near triple-double with 16 points, 12 assists, and 8 rebounds. Everytime Jennings had the ball in his hands, he was pushing it up the court as fast as Russell Westbrook. Sure, he was motivated to prove himself to the organization and prove that he belongs on the 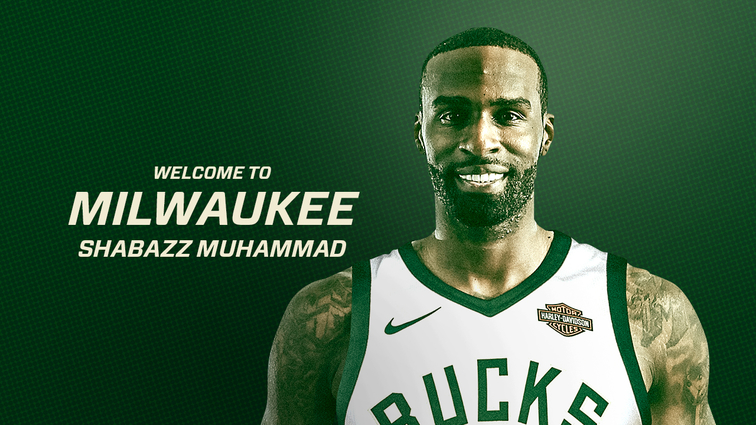 Last week, the Bucks announced the signing of 6'6" guard/forward Shabazz Muhammad, who had his contract bought out by the Minnesota Timberwolves last week as well. The Bucks made a roster spot for him by releasing shooting guard Sean Kilpatrick. The question is... what can Shabazz Muhammad do for this struggling Milwaukee Bucks team? I remember first hearing about Shabazz Muhammad back in his high school days, because his highlight mixtapes were taking over the internet. There were many talks at the time of Muhammad being "the next big thing" and a future superstar. He went on to play college basketball at UCLA, and played very well there, but analysts could already tell he was not a guaranteed superstar. He was 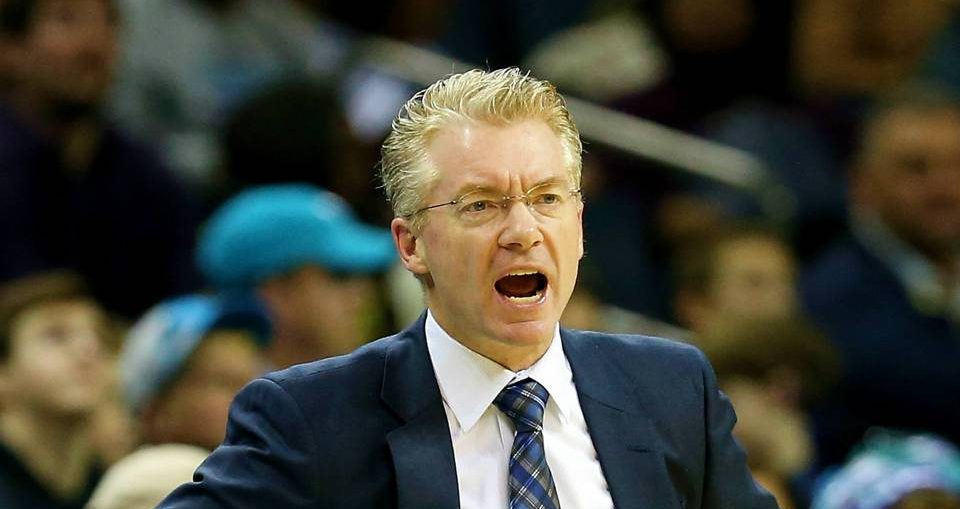 Last night, the Bucks dropped their second straight game to the Washington Wizards in a hard fought battle. This made it their second consecutive loss, which is the first time they have lost consecutive games since being under the reigns of Joe Prunty. Now, it may not necessarily be time to worry about the future of their season, but they were two games that the Bucks should have taken easily. The Bucks had already narrowly lost to the Pelicans in December, and that was when the Pelicans had both Anthony Davis and Demarcus Cousins bruising the Bucks in the paint. This time, however, the Pelicans were without Demarcus Cousins, and while Anthony Davis has been putting up MVP numbers since losing

Your beloved Milwaukee Bucks stand a respectable 32-25 going into the All-Star break. Compare that record to last season when they stood 5 games under .500 going into the yearly, week-long break. Of course, many things have changed since this time last season. John Hammond was the general manager, the team was playing through injuries to Jabari and Middleton, there were a number of roster differences, and perhaps the biggest difference maker: Jason Kidd was the head coach. With that being said, here are my 7 reasons why the Bucks are sitting 7 games over .500 going into the break. 1. Firing Jason Kidd Yes, I'm taking a subtle shot at Jason Kidd here. I mean no disrespect by it. Jason Kidd 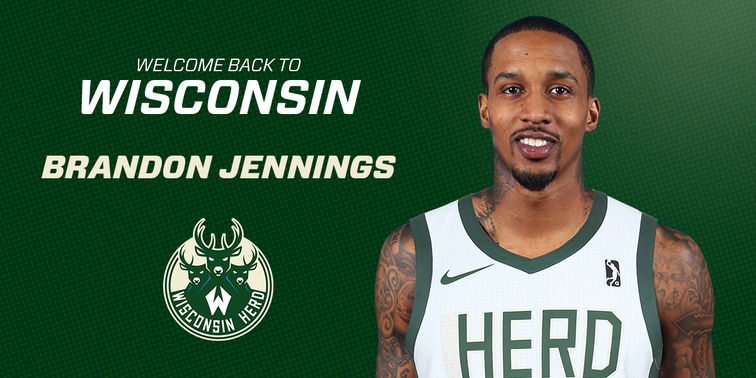 With both Malcom Brogdon (torn quad tendon; 5-7 weeks) and Matthew Dellavedova (sprained ankle; 3-4 weeks) out with injuries, the Bucks took a step toward finding themselves a beneficial back-up point guard. That point guard is former Bucks stand-out, Brandon Jennings. Brandon Jennings was picked up off the waivers by the Bucks' G-League Affiliate, the Wisconsin Herd, in Oshkosh. The Bucks selected Brandon Jennings with the 10th pick in the 2009 NBA Draft, where he averaged 15.5 points per game in his first season, and carried the Bucks to a first round playoff matchup with the Atlanta Hawks. Now, if you remember your Bucks history, you'll remember that this is the series where Jennings coined the phrase "Bucks in Six", referring to his