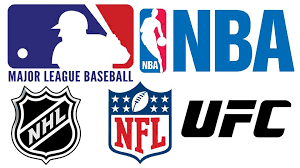 UFC: This past weekend Derrick Lewis and Curtis Blaydes found each other in the heavyweight division. Before this fight Blaydes was ranked second while Lewis was ranked fourth in the heavyweight rankings, so Blaydes was the favorite to win this fight. But in the end Lewis came out on top with an upper cut to Blaydes. This was the biggest upset in a UFC main even since 2016. Not only that but Lewis is now tied for the most knockouts or technical knockouts in UFC history with 12.

NFL: Earlier this week the Philadelphia Eagles made a big trade in trading Carson Wentz, who has been there starting quarterback since 2016 and even had an MVP season before he got injured. The Eagles ended up trading him to the Indianapolis Colts for a 2021 third round pick and a 2022 second round pick. The Eagles starting quarterback will be Jalen Hurts next year. Now that the offseason is starting NFL teams are starting to cut players to create more space and more money to spend in free agency. The Eagles are cutting DeSean Jackson and Alshon Jeffery while the Packers are cutting Ricky Wagner and Christian Kirksey.

MLB: During the week the San Diego Padres and Fernando Tatis Jr came to agreement on a 14-year $340 million contract extension. His contract is the third largest in MLB history only behind Mike Trout and Mookie Betts.

NBA: Today Wednesday February 17th its Michael Jordan 58th birthday. Also, Andre Drummond and Blake Griffin are sitting out until the Cavs and Pistons find a trade partner for them. This was pretty big news since these players are starters for their teams that play a lot of minutes.

UFC: This past weekend they had UFC 258 kamaru Usman vs Gilbert Burns for the Welterweight championship. Before this fight took place it was a great build up to this fight since they used to train with each other so they knew each other really well. But in the end Usman TKO’d Burns in the third round. After the fight the champion Usman called out Jorge Masvidal who he beat in his fight before Burns. Since that fight was suppose to be against Burns but he tested positive for Covid-19 so he had to back out of it. Since Burns backed out of the fight, Masvidal came in and fought Usman, but he eventually lost that fight. But after that fight Masvidal went on to say that he accepted the fight on six days noticed and wasn’t prepared for the fight. So Usman called him out to fight him so Masvidal can have a full training camp and fully pre pare for him.

NFL: This past week I found out that three time pro bowl wide receiver Vincent Jackson passed away at the age of 38 in Tampa, Florida. On January 11th he checked into a hotel in Tampa and stayed there until he passed away which was on February 15th. His family filed a missing person report on February 11th, but on the 12th authorities were able to find him at the hotel and canceled the report. When the news first came out about him passing away no one knew how he died so they had to get an autopsy. But today they announced that he suffered from chronic alcoholism and concussions.