After listening to Flume last week and stumbling upon the song with the feature of Dave from Glass Animals, there’s no way I can’t talk about how much I love Glass Animals now! They have two albums currently out in which I want to break them down. Glass Animals has a unique sound that mixes together different genres together, which I think is what really appeals to me. They are considered, ‘synth pop’, as well as indie music with a touch of hip hop according to their band bio. Synth pop is most definitely an accurate description to their sound at broad. 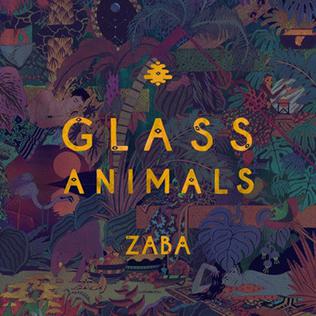 Their first album is called, ZABA. It was released as a full album in 2014 after releasing singles to promote this album. This album contains their most popular song, Gooey. My personal favorite song they have is, Pools. This was the song that made me realized I liked their funky sound. I not only heard the song originally but saw the music video. The music video is something out of an Alice in Wonderland movie and contains constantly moving and extremely vivid colors and claymation. This struck me as something super bizarre because claymation isn’t something you see very often now. I think the music video accurately depicts who they are a band as well. The modernized trippy images you see explain the sound and the calming music they want to display.