Not as Good as Shrek 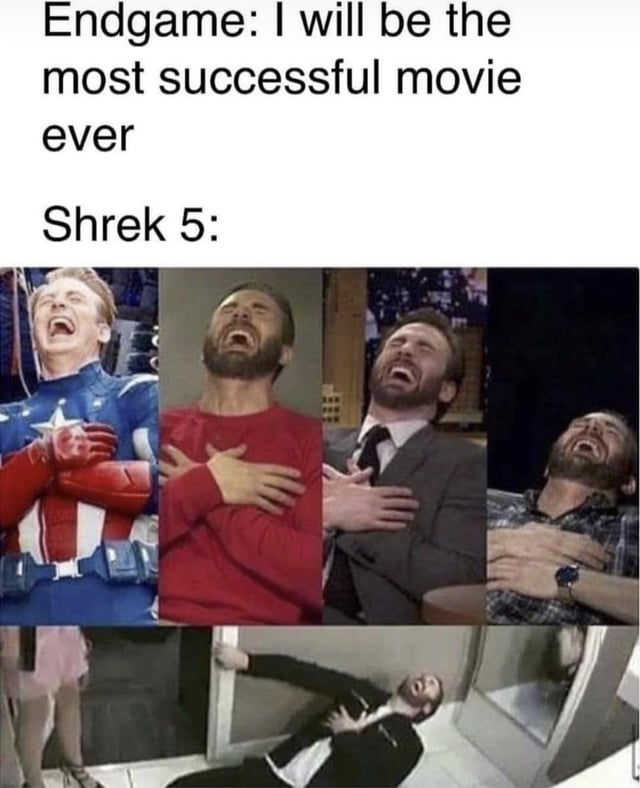 This creation utilizes the meme popular culture around the Avengers series and the Shrek series to make a crossover meme between the two giants.

Shrek is often regarded as the greatest movie of all time in memes, and the Avengers series received so many memes that people were told they would get banned if they posted memes with spoilers.

Now that the ban has lifted as it has been two full weeks since EndGame has released, the flood of memes has poured in. I would rate this meme a 10/10 for the utilization of two popular culture references that are extraordinarily popular in the meme universe.